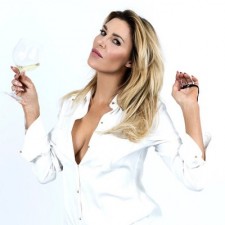 LOS ANGELES, April 9, 2018 (Newswire.com) - We first met Brandi Glanville on Real Housewives of Beverly Hills. The beautiful, fit reality star brought the excitement everywhere she went. Glanville has continued to light up our television screens with several reality shows later including Celebrity Big Brother and most recently Marriage Bootcamp: Reality Stars Family Edition. What is the secret to keeping to staying on everyone’s radar? MillionaireMatch has the scoop on her thoughts on being in the spotlight.

“There was drama but it was mostly to work on ourselves,” Glanville said about her experience working on the show Famously Single. Glanville was married to actor Eddie Cibrian for eight years before he moved on to date singer LeAnn Rimes. “He knew he was marrying somebody with a big mouth,” she said lightly. She signed on to the therapy styled show to get her back into the dating game. “I tend to recycle and sabotage things when I see a red flag,” she said. She admits that she isn’t quite ready to put herself out there fully. It took her a lot of time to put her heart back together in addition to going on the show, “To figure out why we are single and what we are doing wrong.”

Glanville then hopped onto Celebrity Big Brother and Marriage Bootcamp: Reality Stars Family Edition, which she is joined by her dad. “It’s an experience I never experienced before,” she said. Glanville has been working out her relationship with her dad in front of everyone which is hard and shocking at times. Being in the spotlight and airing your dirty laundry is not easy, but for Glanville it pays the bills. During her run on RHOBH, she admits that she beefed up her storyline to stay relevant. The other women didn’t need the paycheck as much as she did. So, a little family drama keeps her afloat. Glanville keeps the pot stirred. Recently, she made an inappropriate gesture towards a castmate’s husband and flashed everyone including her dad while wearing pasties.

Her thoughts on working in front of the camera for so long: “There’s highs and lows and you don’t know what is going to happen.” Glanville said most of the drama lows happened during her run with RHOBH, but being on Celebrity Big Brother had its perks. She enjoyed not having her cell phone on her all the time and dealing with the anxiety of constant emails and people contacting her. She’s also been able to see herself and the changes she wants to make, especially her quick temper. Glanville reflected, “I’m working on changing that.” We believe her.

If you can’t get enough of Glanville on the television screen, you can tune into her podcast, Brandi Glanville Unfiltered. You can hear her side of the story with Celebrity Big Brother recaps and she talks to other celebrities like Claudia Jordan. To keep up with the queen of reality, check her out on WeTV, Fridays at 9:00 p.m. or her lively Twitter feed @BrandiGlanville.